The Importance of Breastfeeding 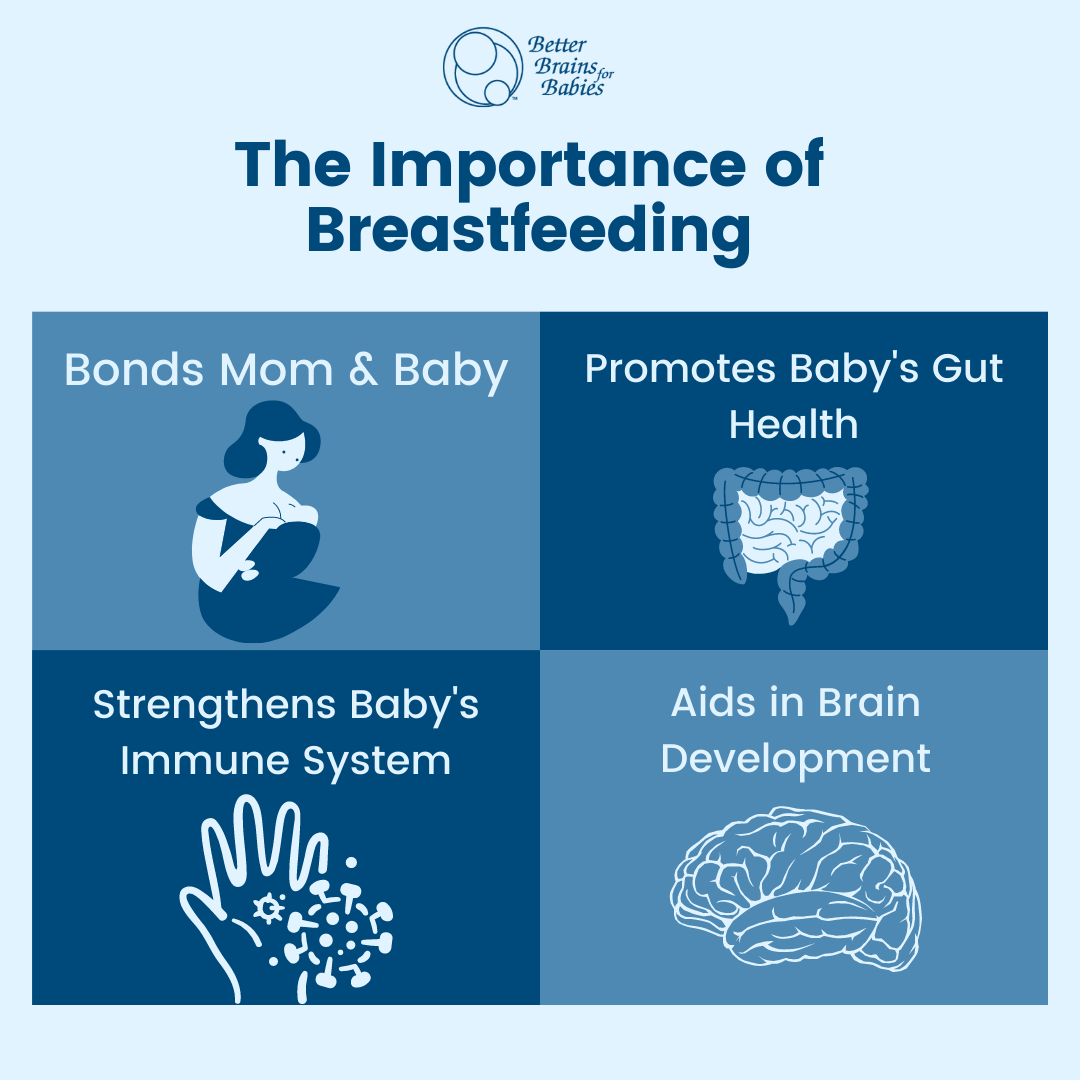 There are many benefits to breastfeeding for baby’s overall health and wellbeing. Breastfeeding promotes closeness between the mother and her baby. A baby nursing at the breast can focus on her mother’s face, allowing eye contact and visual communication between the two. The mother can give the baby her full attention by talking and singing to her as she nurses

Breastfeeding also helps develop a healthy gut. Infants are born without any helpful bacteria in their gut. After birth, these bacteria start to form in the gut. Breast milk contains more than 200 different sugar molecules that help protect newborn babies from certain bacteria by serving as a food source for gut bacteria.

Immune factors in breast milk also protect infants from many illnesses (including respiratory, ear and urinary tract infections, diarrhea, constipation and other gastrointestinal conditions) during the early months. This protection continues for a while even after stopping breastfeeding. This protection helps keep infants healthier until their own immune systems mature. Some fatty acids in breast milk, such as DHA (docosahexaenoic acid) and ARA (arachidonic acid), are also added to a few infant formulas. Other substances, such as immune factors, are found only in breast milk.

The American Academy of Pediatrics recommends breastfeeding for the first year and beyond. Infants receive many benefits from breastfeeding, even if a mother breastfeeds for only a few weeks or months. Infants who are not breastfed need commercial infant formula for the first 12 months. Parents who use formulas can create the same benefits of physical closeness by holding and nurturing the baby during every feeding.